Yeast cell wall components are utilized as a supplement in the feeding of poultry, pig, ruminants and fish. They are used for a variety of reasons encompassing performance enhancement and overall benefits to animal health and well-being. 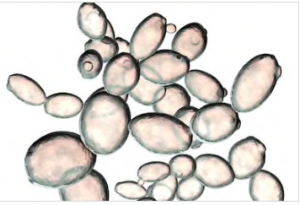 MOS bind pathogenic bacteria thereby inhibiting their colonization of the gut and thus preventing infections or the release of toxins. MOS also enhance gut health by improving the functional structure of the intestines. MOS bind the threadlike fimbriae on pathogenic bacteria preventing them from attaching to the gut wall, thereby averting their stabilization and the resulting colonization and multiplication. In addition, MOS has also shown to have a positive impact on bodyweight gain, feed conversion ratio, egg weight, egg production, fertility, and hatchability thus ameliorating well-being, energy levels and performance of avian species.