Exogenous enzymes improve the nutritional value of feed ingredients by improving the digestion of feeds or by degrading anti-nutritional factors (ANF) such as non‐starch polysaccharides (NSPs), phytate or protease inhibitors that impair the availability of nutrients.

Carbohydrates such as sugars and starch are the primary source of energy in cereals and defatted protein crops. Carbohydrases like α-amylase enzymes catalyze the breakdown of carbohydrates.

Alpha-amylase hydrolyzes the linear chain of amylose, breaking the α-1,4 glycosidic bonds in starch.
Monogastric animals typically digest around 90% of available starch. Exogenous amylases may be used to increase the energy value of raw materials. 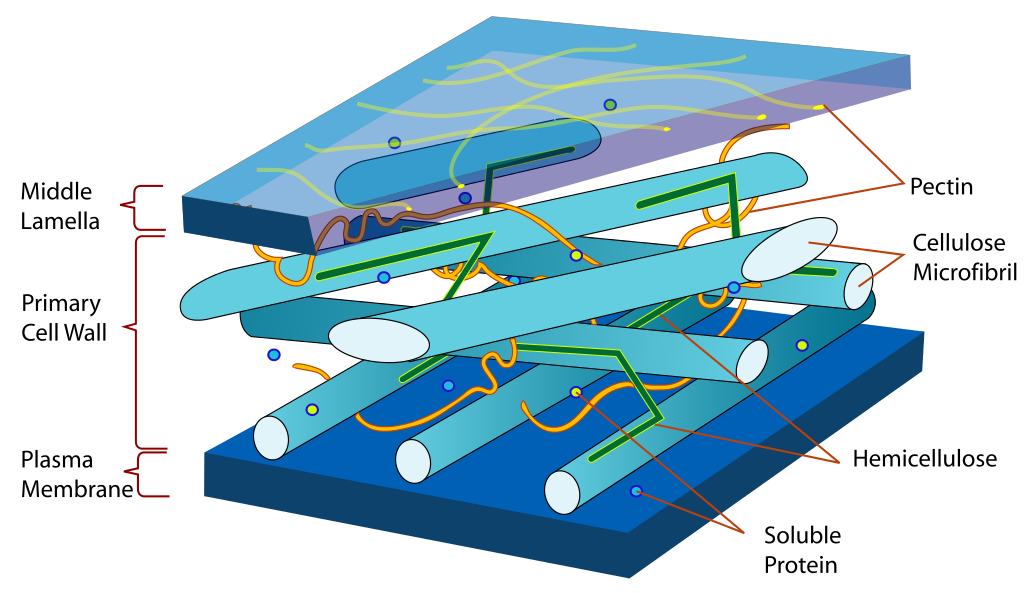 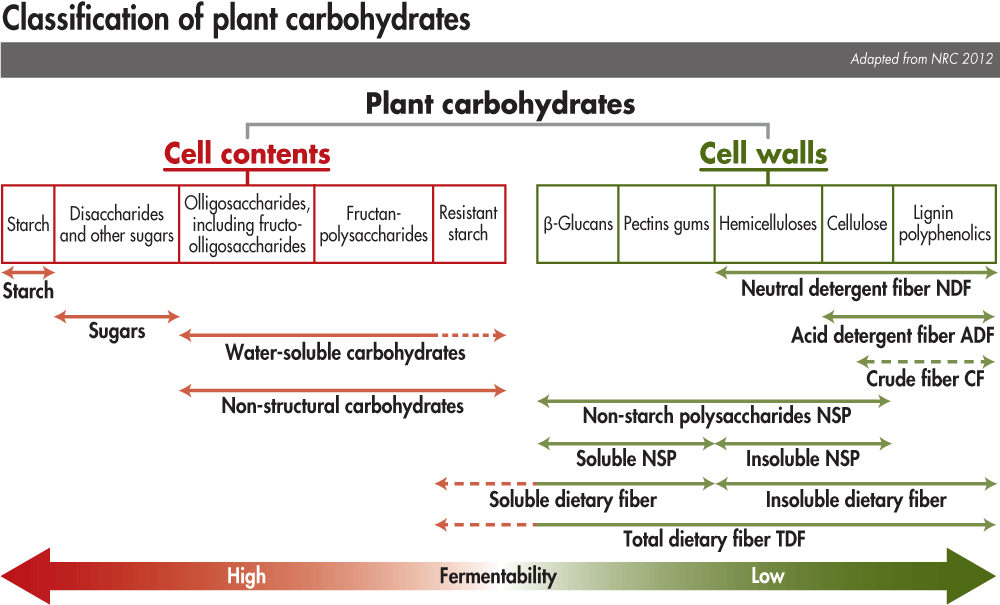 NSPs are complex carbohydrates, other than starch, found in plant cell walls that are not degraded by endogenous enzymes during digestion. NSPs include cellulose, hemicellulose (e.g. arabinoxylans, xylans, mannans etc), pectins and beta-glucans.
All NSPs are polymers, larger or smaller, linear or branched, comprised of one or more types of monomers. Celluloses are large, linear polymers of glucose. Hemicelluloses are smaller, often branched polymers of several sugars such as arabinose, xylose, mannose, etc. NSPs are closely associated with other polysaccharide or non-carbohydrate material such as protein and lignin affecting their solubility.

Insoluble NSPs, as constituents of the cell wall, ‘fence in’ nutrients in the cell lumen, frequently referred to as the “cage effect”.
Soluble and solubilised NSPs are known to provoke high viscosities in the upper digestive tract and thereby cause impaired nutrient availability.
Arabinoxylans, NSPs found in all major cereal grains, consist of a xylose polymer backbone with frequent branching of arabinose residues.

The addition of bacterial xylanases to the diet reduces intestinal viscosity and releases nutrients, thereby providing a cost-effective energy uplift. They improve performance when added to the same formulation. They reduce costs and maintain the same performance when using more fibrous feedstuffs.

Proteases enhance protein digestion. Endogenous proteases (or peptidases) are secreted by animals for a number of physiological processes, including the digestion of feed protein. Proteases break down larger proteins into smaller fragments that are absorbed more easily in the small intestine. Proteins in cereal diets are never fully digested.

Exogenous proteases can be added to the diet to improve the protein digestibility of feed ingredients and improve intestinal health (less substrate available to pathogenic bacteria), to improve profitability (reduce feed costs), to make lower protein inclusion rates viable (valorization of byproducts) and reduce the emission of ammonia into the environment. 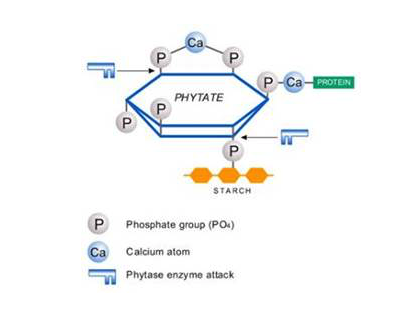 Phosphorus is an essential nutrient that affects growth and reproduction.
Phytase enzymes release plant phosphorus from phytate (phytic acid bound to minerals and proteins), the principal storage form of phosphorus in grains used for animal feed.
During digestion phytate is hydrolyzed to phytic acid (inositol hexakisphosphate /IP6) and lower inositol polyphosphates (IP5 through IP1). Phytases break down phytic acid by removing a phosphate group from its substrate to release a usable form of inorganic phosphorus.

Phytate cannot be utilized by monogastric animals, passes directly through the digestive track and winds up in manure and liquid effluent. Excretion of phytate can lead to accumulation of phosphorus in soil and water, and subsequently to eutrophication (excess of nutrients) of fresh water streams and near coastal seawaters.

Phytate also interacts with proteins and compromises the utilization of other dietary nutrients, including amino acids, starch and lipids. In addition, phytate can increase endogenous amino acid losses, due to increased secretion of digestive enzymes and mucins.

The use of phytase enzymes reduces feed costs (less inorganic phosphorus to be added to the diet) and increases the sustainability of animal production (less phytate excretion into the environment).

New generation 6-phytases of bacterial origin are more resistant to proteolytic degradation caused by endogenous or microbial proteases. They are superior in liberating phosphorus (P) and calcium (Ca) and other nutrients from dietary phytate and reducing the anti-nutrional effects of phytate, generating even greater economic benefits in their use.